This is part 1 of Wicked Fast Websites, a three-part series that explores why web performance matters and what you can do about it.

This exponential growth used to not be a problem. We took for granted that both computers and bandwidth got faster and more reliable every year. And then mobile happened. 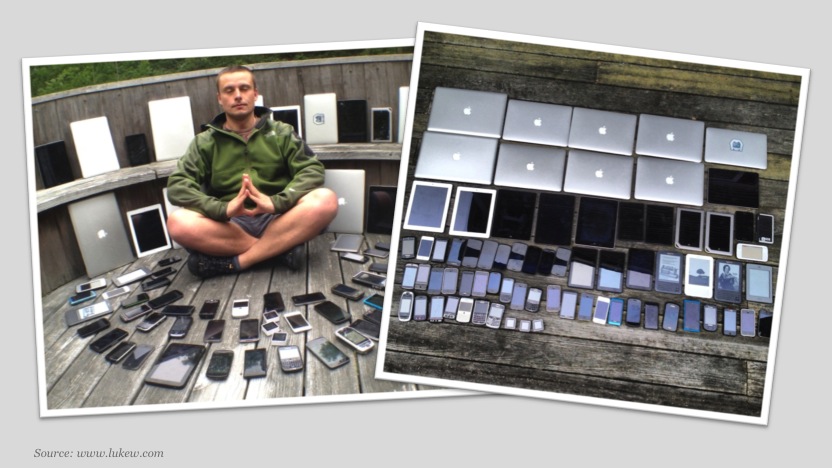 People are accessing the web from devices with varying levels of computing power and bandwidth. Desktops and laptops, phones and tablets, TVs, watches, video game consoles.

A study by Google and Nielsen found that 77-percent of mobile searches happen at home or at work, locations where you would expect someone to have access to a PC. I’m sure you’ve experienced this before. You’re sitting on the couch, comfortable, when you realize you want to look something up. Rather than getting up and walking to whatever room you keep your laptop in, you just pull out the computer you always have with you—your phone—and Google it. 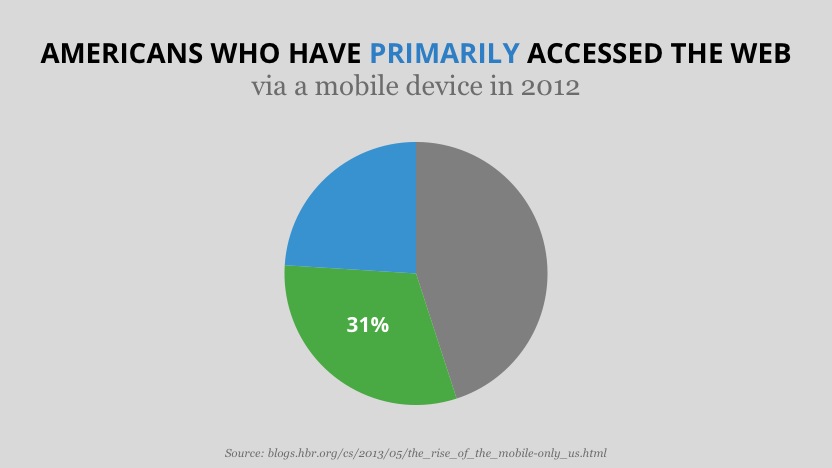 Harvard Business Review reported that 55-percent of Americans accessed the internet via a mobile device in 2012. The only surprising thing about that number is how low it is. But that same report also found that almost a third of all Americans used mobile as the primary way they access the internet.

Mobile isn’t just one way people access the web. For a growing number, it’s the only way.

Amazingly, despite the varied power and bandwidth of mobile devices, users expect them to be faster than desktops. Almost three-quarters of your visitors—74-percent—will leave your site if it takes more than five seconds to load.

I’ve heard people argue that it doesn’t matter. 4G LTE, they say, is as fast as broadband wifi. And they’re right. LTE is awesome It works great!

Until I go into Target or Home Depot. Or I hit that patch of trees down the street from my house, where I drop phone calls, nevermind get internet. Or when there’s a bad storm, and I still get internet, but it’s not LTE. And that’s here in the United States where we have a fantastic mobile infrastructure.

In developing nations, things are far less predictable, and that’s where mobile growth is really soaring.

Mobile traffic is surpassing desktop traffic, and not just in developing nations. 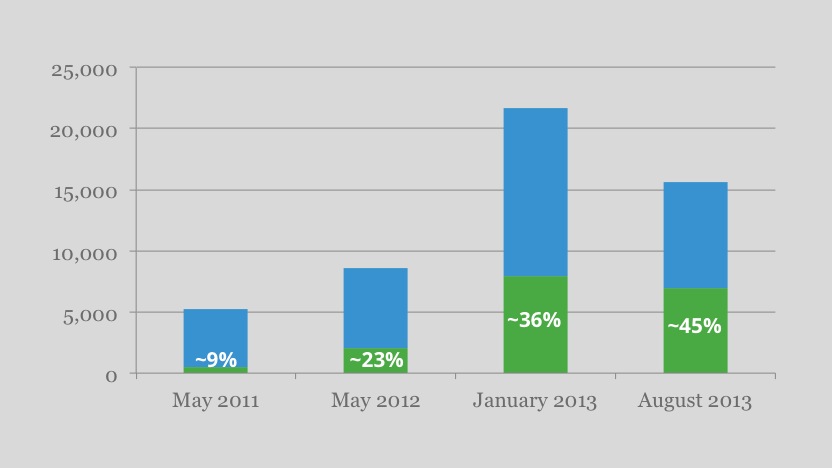 I manage the website for PAWS New England, an all-breed dog rescue. In May of 2013, mobile accounted for 45-percent of all traffic. In 2011, it was just 9-percent of all traffic. While much of the traffic comes from iOS devices, we had one visitor from a Nintendo DS, several from the Nintendo Wii, and an assortment of other (mostly Android-powered) smartphones and tablets.

We’re in the middle of a perfect storm. Websites are larger, devices are more varied and less predictable, and performance expectations are higher than ever.

In part 2, I’ll share the tips and techniques I use to build faster websites.