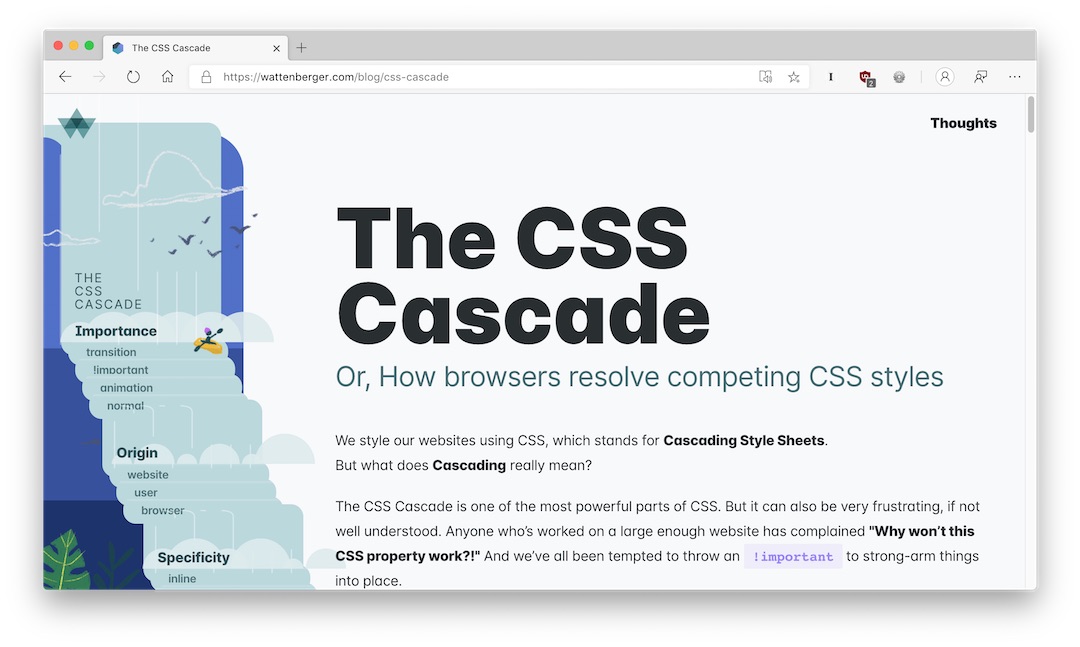 Amelia Wattenberger has put together what is, in my opinion, the greatest article on the cascade (the C in CSS) ever written.

We style our websites using CSS, which stands for Cascading Style Sheets. But what does Cascading really mean?

The CSS Cascade is one of the most powerful parts of CSS. But it can also be very frustrating, if not well understood. Anyone who’s worked on a large enough website has complained “Why won’t this CSS property work?!” And we’ve all been tempted to throw an !important to strong-arm things into place.

To save ourselves from future angst, let’s take a step back and learn this thing for real.

Do yourself a favor and go read Amelia’s article today. It’s so damn good!

(If you’re on a desktop, check out the kayaker on the left as you scroll. I wish I was that good at CSS!)


Like this? I send out a short email each weekday with code snippets, tools, techniques, and interesting stuff from around the web. Join 8,000+ daily subscribers.