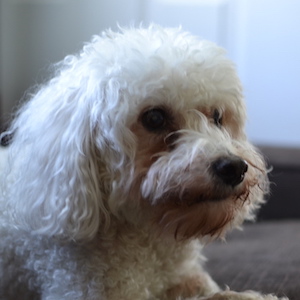 Today, I said goodbye to my dog, Jake. He was a few weeks shy of 15, and one of my closest friends. Like most dogs, Jake was the kind of person I wished I could be: patient, forgiving, and endlessly loving.

When he was younger, he could escape any enclosure. He once broke out of a room blocked by two baby gates stacked one on top of the other. He loved chasing squirrels, cuddling, and eating tissues—sometimes directly out of your hand. He was the best vacuum I’ve ever had.

Jake preferred the company of humans to other dogs. He was the opposite of loyal. He would go with anyone who was willing to cuddle and pet him. He was my little shadow, following me from room to room, curled up beside my desk while I worked.