Writing JavaScript is really just writing down a series of steps you want the browser to take, one after another.

But figuring out what those steps are, where to start, and how to sequence them can be overwhelming, especially when you’re just learning.

To help you get the most out of the program, I wanted to let you in on a trick I use whenever I start a new JavaScript project.

Plan your script on paper.

Before I ever open a text editor or a browser, I plan my script out on paper. It helps me think big picture, and think through the logic of my code before I get bogged down in the specific methods and tactics I need to implement it.

Let’s look at an example.

My Split the Check App

Let’s say I was going to write an app that would tell you how much each person in your party owes for a meal.

To figure this out, You would need a few pieces of info from the user:

The first thing I would do is sketch out those fields. I’m a visual person, and seeing them helps keep me focused on what I’m trying to accomplish. 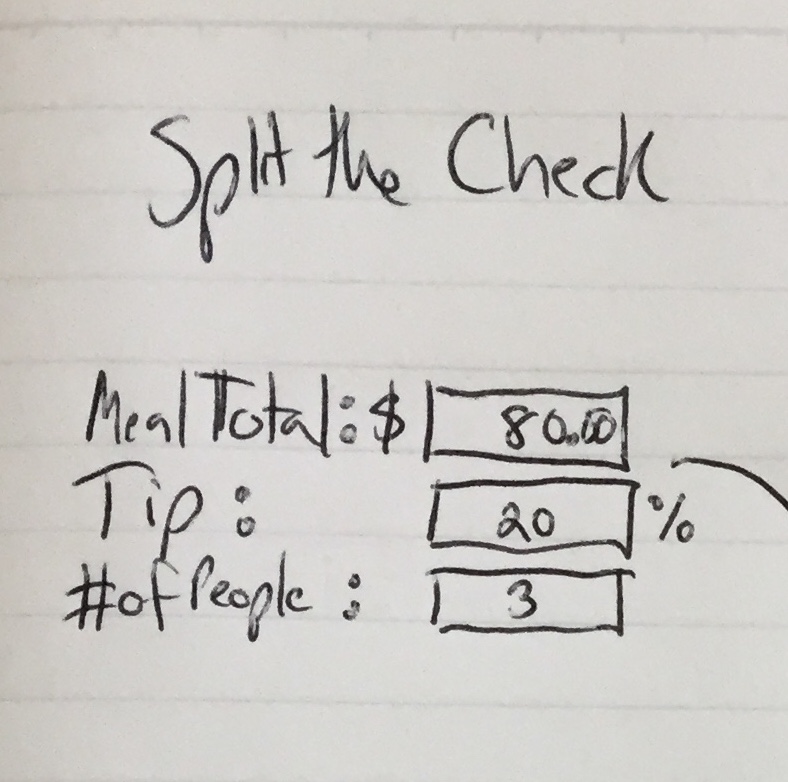 Next, let’s think through what the script would need to do to actually calculate the per-person amount.

Now, we can actually map out tactically what our script would need to do to complete those tasks. To help me out here, I would go so far as to write actual amounts into my sketch to have real numbers to work with. 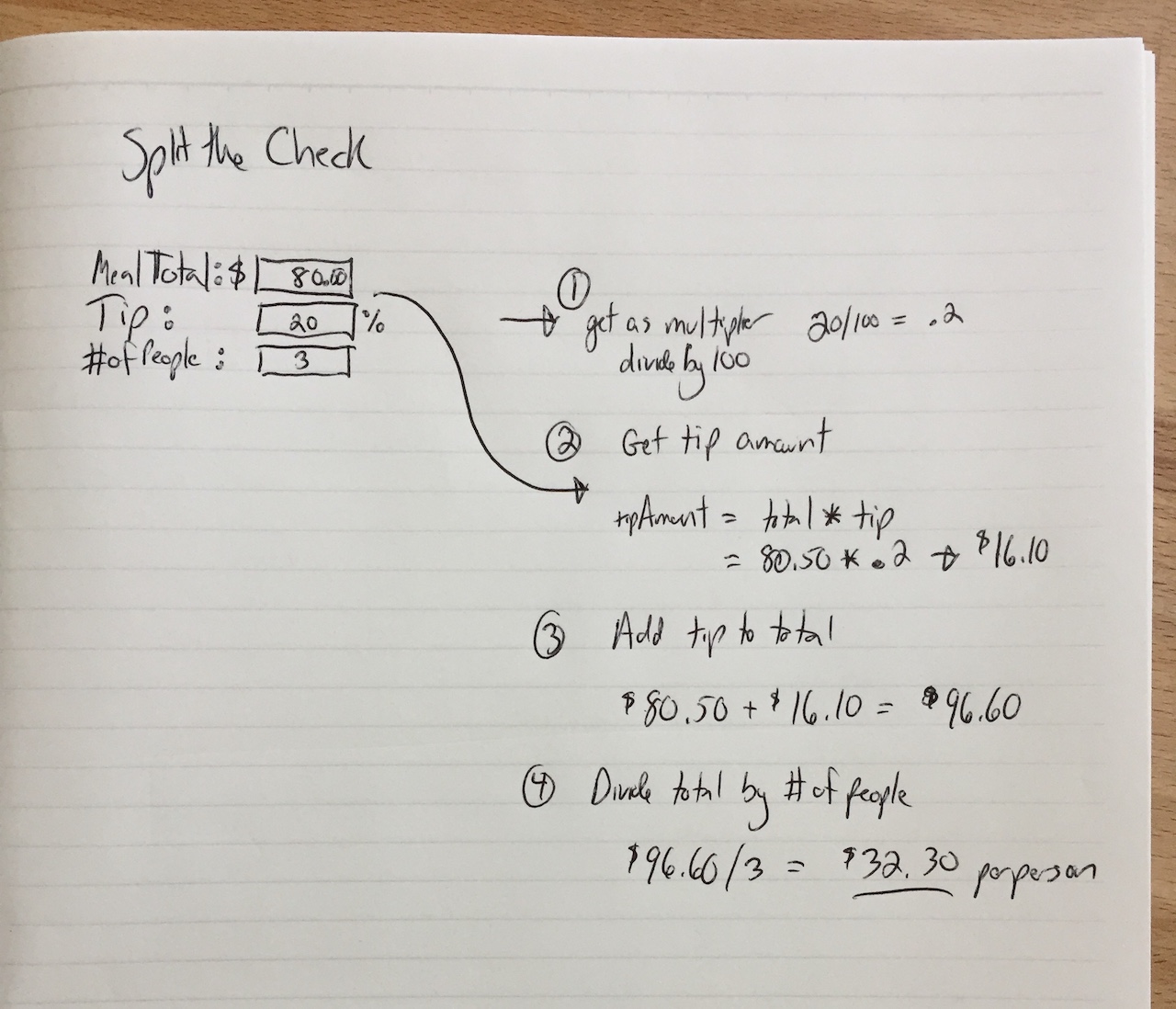 And now, based on all of that, I can quickly put together a rough version of actual JavaScript I’d need to accomplish this. 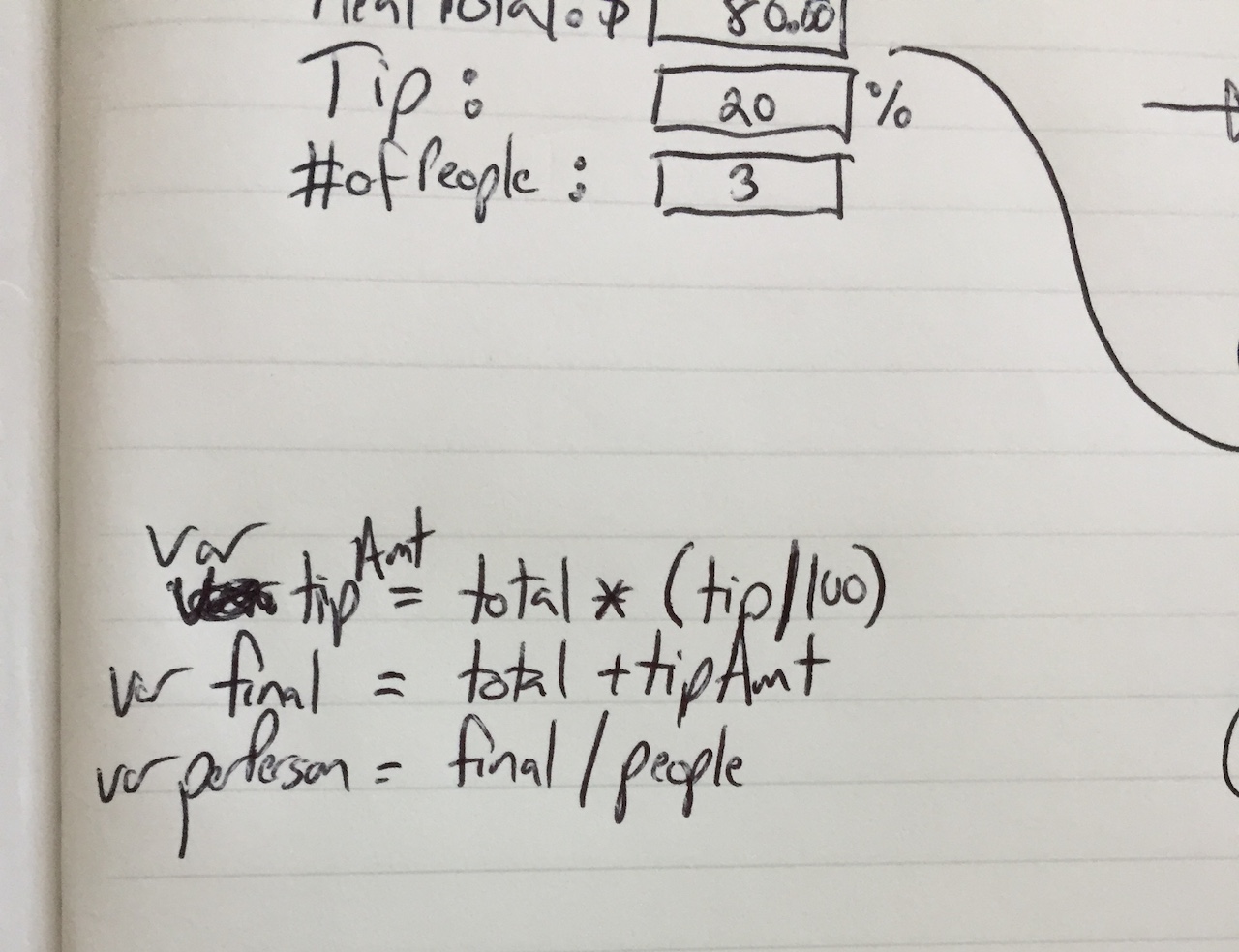 It seems crazy to start your code on paper, but I’ve found that anytime I’m stuck with how to approach a project, it helps me think through the logic more clearly.


Like this? I send out a short email each weekday with code snippets, tools, techniques, and interesting stuff from around the web. Join 9,500+ daily subscribers.