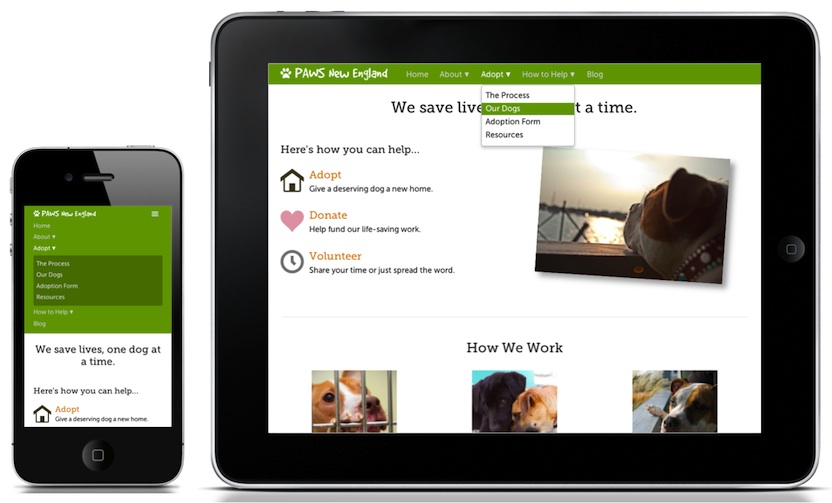 Here’s what mobile traffic looked like as of January 2013:

While traffic is down from January, when we were featured in an HBO special, traffic has grown by over 80-percent from last year. And a staggering 45-percent of our traffic comes from mobile devices.

What are people doing on mobile?

In a word, everything.

They’re looking at our adoptable dogs. They’re learning more about how to donate and volunteer. And they’re not just consuming information. They’re actually completing adoption forms.

Unsurprisingly, iOS devices represent more than 70-percent of the mobile traffic we receive. But last month, we had two people from a Nintendo Wii (which isn’t mobile) and one from a Nintendo DS (which is) browse our available dogs. RWD and progressive enhancement make that possible.

Where do they come from?

The number of internet connected devices is only going to increase. I wouldn’t be surprised to see our mobile traffic surpass 50-percent over the next year.

It’s an exciting time to be a web developer!


Like this? I send out a short email each weekday with code snippets, tools, techniques, and interesting stuff from around the web. Join 9,500+ daily subscribers.